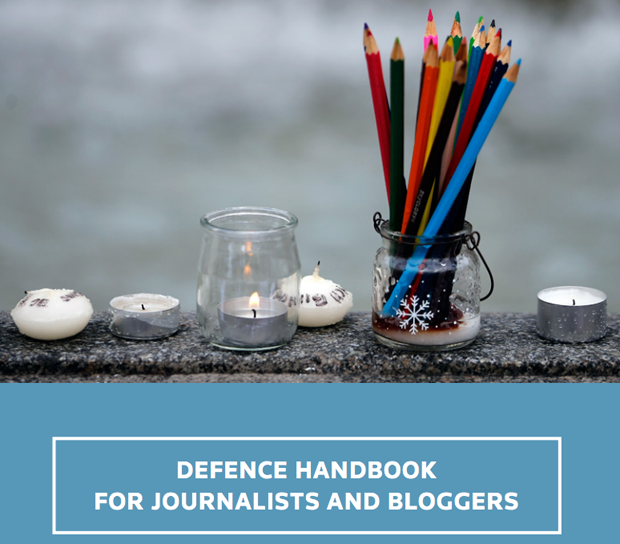 The new Defence Handbook for Journalists and Bloggers from the Thomson Reuters Foundation, Reporters Without Borders and law firm Paul Hastings

A new handbook aims to provide journalists and bloggers worldwide with guidance on the international legal framework protecting their rights to freedom of expression.

Produced by the Thomson Reuters Foundation, Reporters Without Borders, and law firm Paul Hastings, the Defence Handbook for Journalists and Bloggers focuses on how international legal principles apply to journalists’ work. It also includes previous decisions and recommendations made by international and regional bodies and courts on aspects of freedom of speech.

“Journalists around the world are more and more under threat and often become targets,” said Monique Villa, CEO of the Thomson Reuters Foundation. “Terrorist groups, but also powerful lobbies and a number of governments are increasingly trying to censor the media, preventing opinion sharing and the release of vital information to the public. Now more than ever, journalists need to be brave, avoid self-censorship, and be aware that they can seek refuge in international law. This guide is a very powerful weapon.”